THE TRUTH BEHIND THE LIES 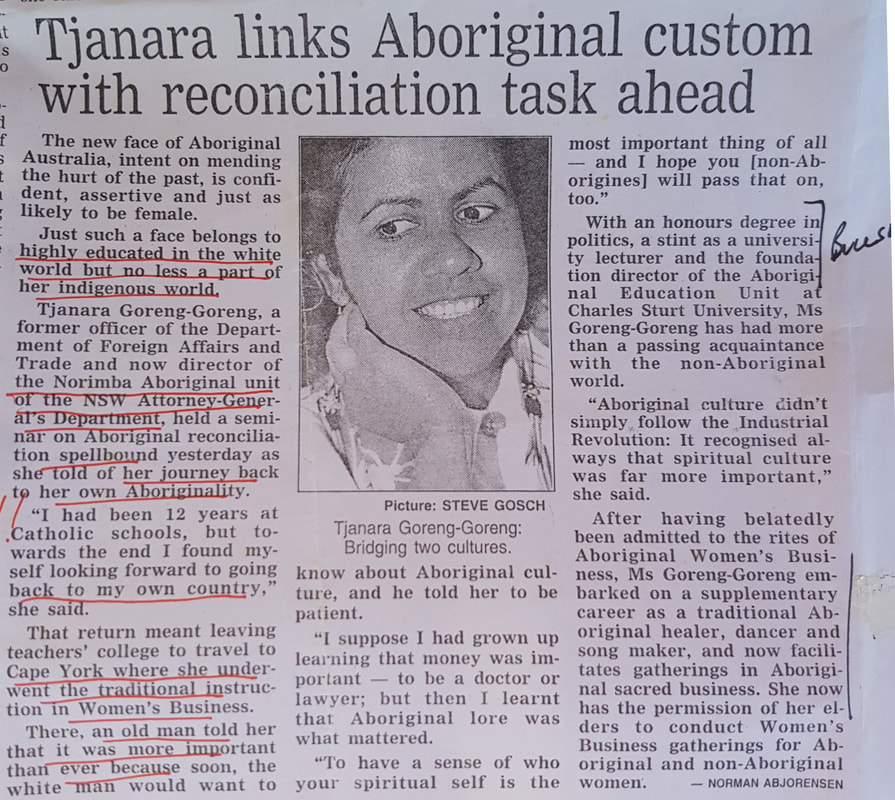 This Canberra Times article written by Norman Abjorensen was provided by an Aboriginal woman who has known Pam Williams (or as she is called in the article by her silly made up aboriginal name Tjanara Goreng Goreng) for 30 plus years.

At the time this article was published she knew Pam didn't have any tertiary qualifications let alone an honors degree in politics, she laughed about Pam travelling to Cape York "where she underwent the  traditional instruction in Women's Business." She also said the bit in the last paragraph about Pam's supplementary career as a traditional Aboriginal healer, dancer and song maker is typical Pam just making things up and expecting people to believe it without questioning what she says. As her older brother said in the details section of the website "if Pam's a medicine woman then he's Santa Claus."

Have a look at Pam's websites in the above links where she lists her tertiary qualifications and lo and behold there's no honors degree in politics. She is constantly changing her websites trying to fix the lies.

Read in the links section Pam's older lawyer brother Kevin's conversation with the journalist who wrote the article, it's like the ghost writer of the book A Long Way from No Go, Julie Szego who never questioned anything Pam said and neither did the journalist from the Rockhampton Morning Bulletin Christine McKee who wrote five sensational articles about Pam's supposed rapes at the hands of two priests without questioning anything Pam said, she just blithely wrote the rubbish Pam told her as did Norman Abjorensen in the above article and it is a known fact that what Pam said was all lies. The supposed rapes never happened, it's just Pam needing to lie to be the centre of attention.

Perhaps people can ask Pam how long she was at the Aboriginal Education Unit at Charles Stuart University which is mentioned in the above story and how she was removed?

Mark Twain once said if you tell lies you better have a good memory. as we know Pam Williams (the fictitiously name Tjanara Goreng Goreng) hasn't got a good memory and lies like a pig in mud.